While a common condition, most fibroids do not produce symptoms. Only ten to twenty percent of women with fibroids require treatment. Initial treatment options include birth control pills, hormone therapy, and anti-inflammatory medications. If symptoms persist or worsen, surgical treatments available include myomectomy or hysterectomy. Nonsurgical options include endometrial ablation and uterine fibroid embolization (UFE).

UFE is a minimally invasive, outpatient procedure performed by an interventional radiologist. A catheter is introduced into the femoral artery through a small groin incision and guided into the uterine arteries that provide blood flow to the fibroids. Through that catheter, the radiologist releases small particles into the uterine arteries stopping the blood flow to the fibroids. Without blood, the fibroids eventually shrink and die alleviating the symptoms, if the symptoms are caused by fibroids.

The procedure is performed on an outpatient basis, with the patient arriving in the early AM on procedure day and being discharged the same afternoon. Pelvic pain post procedure is managed with medications during the hospital stay and at home. Light activities can be resumed in a few days and normal activities within ten days. Women experience a gradual relief of symptoms relatively quickly with continued improvement over time.

Most women with symptomatic fibroids are candidates for UFE. While some physicians deem the procedure “new”, it has been performed in the United States since 1996 and here locally since 1998. Uterine fibroid embolization offers women a widely accepted treatment choice that is minimally invasive, reducing risks, and providing a much shorter recovery time than traditional surgical options. Symptoms include: 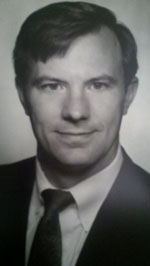 Dr. Jon Roberts, Interventional Radiologist, completed his medical school training at East Tennessee State University in 1990. After a five year residency in radiology at Methodist Hospitals of Memphis , he completed a year long fellowship in Interventional Radiology. He has been in practice in Memphis since 1996. He performed the first UFE in Memphis in April of 1998. Since that time he has helped over 700 women with
symptomatic fibroids.