A non-invasive treatment to relieve symptoms associated with Uterine Fibroids 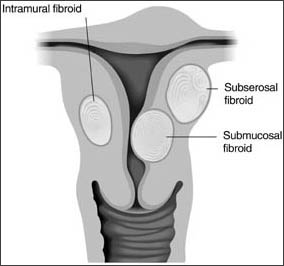 Uterine fibroids are very common noncancerous (benign) growths that develop in the wall of the uterus. They can range from very tiny (the size of a dime) to larger than a melon. Occasionally, they can cause the uterus to grow to the size of a five-month pregnancy. In many cases, there is more than one fibroid in the uterus.

Contact us at 901-683-1890  for more information on uterine fibroid embolization in Memphis.

Many fibroids don’t cause symptoms—only 10 to 20 percent of women who have fibroids require treatment. Depending on size, location and number of fibroids, they may cause:

Uterine fibroid embolization (UFE), commonly called uterine artery embolization, is typically performed by Memphis Vascular Center’s interventional radiologist, a physician who is trained to perform minimally invasive procedures. It is performed while you are still awake, but sedated and feeling no pain. It does not require for you to be put to sleep and uterine fibroid treatment is performed in various Methodist Healthcare facilities throughout Memphis.

Our board certified interventional radiologist makes a tiny cut in the skin in the groin and inserts a catheter into the femoral artery. Using the X-ray imaging, your doctor will guide the catheter through the artery and then releases tiny particles, the size of grains of sand, into the arteries that supply blood to the fibroid tumor. This blocks the blood flow to the uterine fibroid and causes it to shrink and die.

Uterine Fibroid embolization is an outpatient procedure and does not require a hospital stay. Your doctor will prescribe medications to help you with pain and swelling following the procedure. You can resume light activities in a few days and the majority of women are able to return to normal activities within seven to 10 days.

There have been numerous reports of pregnancies following Uterine Fibroid Embolization, however prospective studies are needed to determine the effects of UFE on the ability of a woman to have children. One study comparing the fertility of women who had UFE with those who had myomectomy showed similar numbers of successful pregnancies. However, this study has not yet been confirmed by other investigators.

Less than 2 percent of patients have entered menopause as a result of UFE. This is more likely to occur if the woman is in her mid-forties or older and is already nearing menopause.

UFE is a very safe method, and like other minimally invasive procedures, has significant advantages over conventional surgery. However, there are some associated risks, as there are with any medical procedure. A small number of patients have experienced infection, which usually can be controlled by antibiotics. Complication rates are lower than those of hysterectomy and myomectomy.

How Much Does UFE Cost?

The cost of UFE is similar to the cost of performing hysterectomy and myomectomy and, in one study, the hospital charges for UFE were lower than those for hysterectomy.

Other Treatments for Fibroids

Gynecologists perform hysterectomy and myomectomy surgery. Hysterectomy is the removal of the uterus and is considered major surgery. That will require three to four days in the hospital and the average recovery period is around six weeks.

Depending on the size and location of the fibroids, a myomectomy can be an outpatient surgery that only requires two to three days in the hospital. Myomectomy is surgery that involves removing the fibroids and stitching the uterus closed.  Many women can have more than one fibroid and it is impossible to remove all of them during this procedure because it would remove too much of the uterus. While myomectomy is frequently successful in controlling symptoms, the more fibroids the patient has, generally, the less successful the surgery. In addition, fibroids may grow back several years later.

Myomectomy, like UFE, leaves the uterus in place and may, therefore, preserve the woman’s ability to have children.

Contact us at 901-683-1890  for more information on uterine fibroid embolization in Memphis.

Or schedule an appointment online HERE.

Memphis Vascular Center is located in Germantown, Tennesee just 20 minutes from the Memphis International Airport and from downtown Memphis. We serve patients from Collierville, Bartlett, Southaven, Marion, TN and more. To schedule your free consultation for UFE, please call